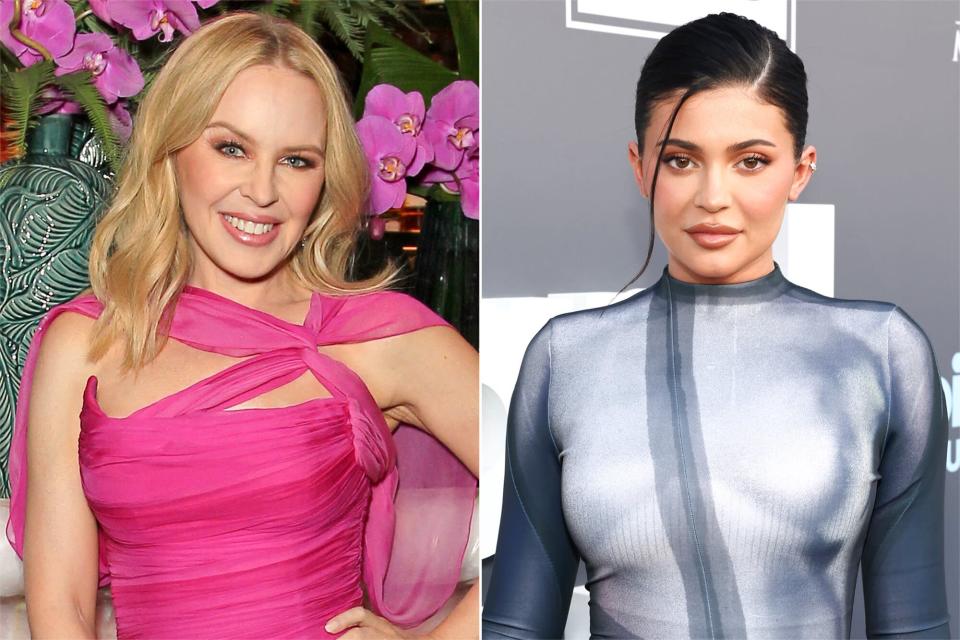 Kylie Minogue is speaking out about her one-time legal dispute with Kylie Jenner.

Years after formally blocking Jenner from trademarking their shared first name, “Kylie,” for her then-soon-to-be-launched cosmetics brand, Minogue spoke publicly about the lawsuit during a Tuesday appearance on Watch What Happens Live.

After getting asked about her feelings toward the trademark litigation by a fan, the 54-year-old “Can’t Get You Out of My Head” performer let out a laugh and said, “It was just business, obviously.”

“Look, when I was named Kylie, I think I met one person older than me called Kylie. So it’s kind of unusual,” Minogue told host Andy Cohen.

“I’ve spent a lifetime protecting my brand and building my brand, so it was just something that had to be done,” she continued, to which Cohen, 54, high-fived the pop icon and replied, “Yes it did!”

“But let me also say… we came to an agreement,” added Minogue.

“Yes you did,” said Cohen, who then asked, “Did you have to call Kris Jenner and be like ‘Let me tell you something?'”

“No, but I’d love to meet them,” she replied with a smile.

Before launching her now-billion-dollar beauty brand, Kylie Jenner, 24, applied to trademark her first name in 2014 for “advertising” and “endorsement services.” In February of the following year, Minogue filed a lawsuit claiming “confusion” between the two could arise if Jenner trademarked their shared name, which would potentially harm the pop diva’s brand.

The “Spinning Around” musician’s 2016 lawsuit noted she’d been selling perfume, clothes, and other products marketed with the name “Kylie” and owned the website domain Kylie.com since August 1996, which predates Jenner’s birth.

Jenner’s trademark application was rejected by the U.S. Parent and Trademark Office after much back and forth with Minogue’s legal team in 2017. The reality star later launched her beauty brand, Kylie Cosmetics, and trademarked the company name.

Never miss a story — sign up for PEOPLE’s free daily newsletter to stay up-to-date on the best of what PEOPLE has to offer, from juicy celebrity news to compelling human interest stories.

Jenner’s never spoken publicly on the matter, but Minogue opened up about the dispute in a 2018 interview with Rolling Stone.

“I’ve never met Kylie Jenner. I’ve never met any member of the family — actually, I’ve met Kendall just in passing at a fashion event — but I honestly don’t know them,” she told the outlet.

“It’s awkward, because fans get so loyal and vocal, and we love that! But it was nothing personal at all, I’m at pains to say,” continued Minogue.