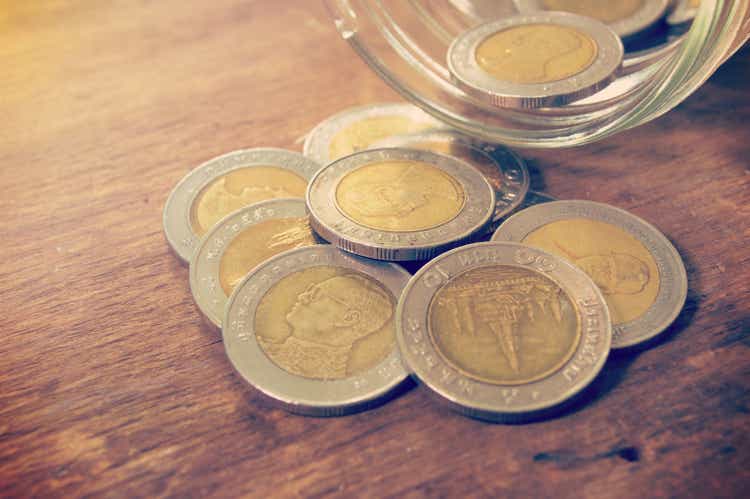 Nu bank holdings (NYSE:NU) is one of the most exciting fintech companies in LatAm and was named as one of the TIME 100 Most Influential Companies of 2021. After its IPO late last year, the stock has plummeted 68.5%. As the overall bear market moves forward, I think the risk is gone and there is a lot to like about this stock. Its growth and high quality will likely continue in the future given the low-cost business model, huge market expansion opportunities, and strong competitive advantage. Here I will share some of my thoughts.

NU is one of the leading forces to disrupt the financial industry in Latin America. Since its launch in the credit card business in 2013, Nu has never stopped growing. In 2017, it expanded the business to full digital banking accounts such as deposits, peer-to-peer transfers, free-of-charge payments, and withdrawing cash across partner ATMs. In 2018, NU’s debit card was available with a savings account paying an equivalent yield to the Brazilian deposit rate and offers lots of value to customers than other incumbent banks. In 2020 and 2021, NU launched business checking, insurance, and investment brokerage accounts. It also expanded businesses to Mexico and Colombia during the same period. During 2022 Q1, it started another two new products NUPay and Nu Crypto. Right now, NU has built its financial ecosystems with 59.6M consumers and 1.6M small businesses as one of the world’s largest digital banking platforms.

NU’s expansion speed is really amazing as millions of users are embracing its products. In less than 2 years from its initial launch, NU has already conquered the Mexico market as the top credit card issuer (2.1M users) according to data from the Central Bank of Mexico. Brazilian customers increased 55% YOY to 57.3M, 33% country’s adult population. 54% of these customers use NU as their primary bank. Customers in Colombia reached 211,000. As the chart below, NU’s growth rate looks very much like a disrupter and significantly outperforms traditional banking players such as Itaú Unibanco Holding S.A and Banco do Brasil.

Companies with technological advancements often have lower costs and bring value to customers. As a digital bank, NU was designed to empower data cloud and automation in the marketing, underwriting, and loan process. Incumbent banking companies are often more labor-intensive with on average a one employee per 1000 customer ratio while NU was one employee per 12k customers (12x of legacy banks). Through word of mouth and digital marketing, NU was able to reach a large number of prospective customers with an organic customer growth rate of 80-90% and a Net Promoter Score of 90+ (way higher than other banks, Costco is 79). The company estimates that its G&A cost is 85% lower than others. In 2022 Q1, the monthly average cost to serve per active customer decreased 30% YOY to 0.73 showing strong unit economics.

Having a sustainable and effective risk control platform is critical for banks. Since NU deploys all of its products and customer communications digitally, it automatically collects customer data from day 1. As NU scales to 59M customers, NU probably has the best proprietary data in the industry to underwrite customers more effectively with lower fraud rates and risks. The 90-day consumer finance delinquency rate is 3.5%, approximately 29% lower than the Brazilian industry average of 5.0%.

High-quality companies are often ones becoming stronger after the crisis. As The chart below shows, 2019 non-performing loans (NPL) are higher than all three years after (top chart) unlike the rest of the Brazilian market (bottom chart).

Huge potential for the Future

LatAm’s financial service industry has a long runway ahead as the region’s banking and credit card penetrations are among the lowest in the world (Mexico/Colombia credit card penetration is only 12%). It is inevitable that more and more people will use digital banking products and the macro tailwind for NU is undeniable. Digitization will only move forward in LatAm as other legacy banks are also promoting their digital solutions.

While NU continues to increase its customer base and engagement, we see sustained fast growth of deposits, reaching 12.6B (94% YOY FXN). More and more people will choose NU as their primary bank. A larger deposit portfolio will also lower NU’s funding cost to extend more credit to customers and offer cross-selling opportunities.

Owning a high-quality stock should always fare well for investors and I think NU has something unique. It is already big at an early stage. It has the first-mover advantage in LatAm and owns a trusted and recognized brand. The large tech workforce and collaborative culture take a long time to build since LatAm is in a significant shortage of engineering talent. David Vélez, the CEO and founder of NU, is a graduate of Stanford and has worked as a partner in Sequoia. He has all the experiences needed to disrupt banking in LatAm.

The stock is very cheap given the high growth rate

As a bank that grows so fast, NU has lots of new customers each year who are still learning to adapt its product offerings. The good news is that customer engagement levels keep rising. As the chart below, all cohorts have an increasing average revenue per active customer (ARPAC). For mature cohorts, monthly ARPAC is already $19 and still rising.

Since NU is in hyper-growth mode, lots of investment and costs are not allocated to near-term profits. We have to estimate the earnings power for the stock hypothetically. I believe the company could gain very high ARPAC as it continues to offer extraordinary products and increase cross-selling. If we assume the current 59.6M customers will all reach $19 monthly ARPAC, the potential revenue capability should be 13.5B per year (59.6M x 19 x 12). Then assuming NU could eventually have a 20% net income margin similar to traditional banks such as Itaú Unibanco Holding S.A., a 2.7B earnings power (13.5B x 20%) could be expected. This gives NU a hypothetical PE of 7X which is similar to many other Brazil banks. However, NU is growing at a 100%+ rate YOY which I believe the current bear market environment totally overlooked.

The risk for NU is similar to all other early-stage companies: uncertainty. Since NU has focused too much on growth, there will always be unexpected roadblocks. The credit quality may deteriorate by external or macro headwinds. The customer growth may slow down in Brazil as NU already captured 33% of the adult population. Another possible bear case is the management’s optimism on TAM. The CEO has stated that the LatAm banking industry is a 1T dollar opportunity. I don’t think it will be that big for NU. Individual and small business customers may prefer NU, but ultra-wealthy and big corporations should still stick with traditional banks that have branches available.