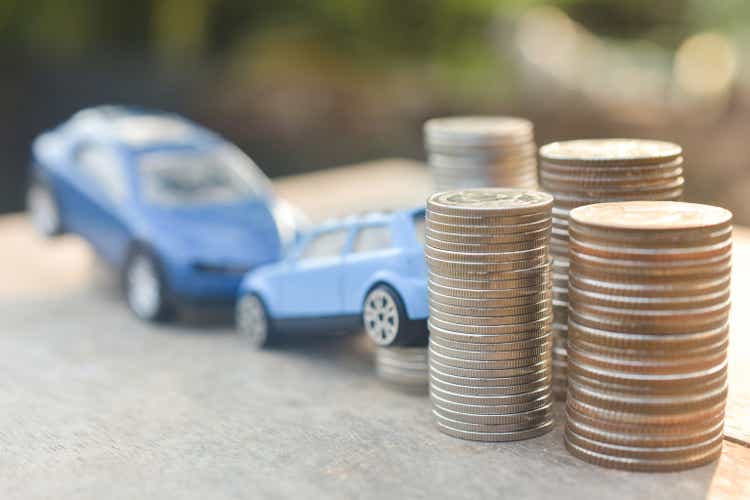 The pandemic barely slowed down Progressive‘s (NYSE:PGR) upward share price momentum, and this P&C insurer continues to deliver on some of the virtues of its business model, including analytics-driving pricing, lower-cost distribution, and opportunities to leverage growth in markets outside of its core personal auto business. While second quarter results weren’t flawless, there were certainly some positives and the business should accelerate from here.

There are still challenges in the P&C business, including increasing loss severity in both auto and home lines, and Progressive’s loss ratios are higher than pre-pandemic trends, though still broadly within targets. The real issue here is valuation – Progressive seldom looks cheap, and that makes sense given superior returns on equity and growth potential, but it’s hard for me to call the shares a bargain today.

With results for the month of June in hand, Progressive’s second quarter ended up a little better than expected, with generally better underwriting results than the Street expected. While premium growth was more or less as expected, expense trends were good and there are signs of improvement in core losses.

Net premiums written rose 8% for the quarter, with over 6% growth in personal auto, 16% growth in commercial, and 8% growth in property. Policies in force didn’t keep pace, as expected, with personal auto down about 1%, commercial auto up about 12%, and property up about 6%. Management has been active on pricing and letting less attractive businesses run off, leading to the discrepancy. Overall, net premiums earned rose close to 11% in the quarter.

The GAAP combined ratio improved slightly from the year ago (from 96.5% to 95.6%) but did worsen slightly on a sequential basis (from 94.5%). Operating efficiency certainly helped, as the expense ratio improved from 20% in the year-ago quarter and 19.5% in the first quarter to 18.0% in the second quarter.

The results for the month of June weren’t substantially out of trend. Net premiums written rose 7%, policies in force rose less than 1%, and personal auto and commercial saw healthy growth in underwriting income while property was loss-making.

Homeowners Remains A Work In Progress

With June results, Progressive announced a $225M goodwill writedown tied to the 2015 acquisition of American Strategic Insurance. Progressive has been seeing greater cat losses from weather events, and management expects this trend to continue (hence the writedown).

The homeowners business is very much a work in progress. Management is trying to reshape the business by slowing underwriting in markets where the risk of cat losses is higher, but there are still some fundamental challenges here. Unlike the commercial auto business, there’s not much (if any) synergy for the company’s vaunted data analytics capabilities, and the large percentage of the business done through agents (over 75%) weighs on profitability.

Still, I can see why Progressive wants to stay in the business. Offering homeowners policies has helped Progressive extend its business with more affluent customers, and bundling is an important competitive offering in the personal P&C market. While I see a lot of scope for Progressive to grow this business, I’m skeptical that the profitability will scale up, and I’m concerned that growing this business will ultimately be dilutive to returns.

The entire auto insurance space has been dealing with increased loss frequency and severity, and Progressive is no exception. Where Progressive has stood out some relative to peers like Allstate (ALL), Travelers (TRV), Kemper (KMPR) and others is with its data analytics – Progressive saw increased loss trends coming and took more pricing action earlier than most of its peers.

Still, losses are elevated. Inflation and high used car prices have been driving increases in severity, though it looks as though auto prices may have peaked. It also seems that high gas prices are starting to have some modest impact on driving miles, which should lead to lower loss frequency in the coming months.

All told, I think Progressive is in better shape here. I don’t see loss trends really accelerating so much from here, and I think the company’s pricing actions will catch up and improve returns over the next couple of years.

Progressive has a well-earned reputation for generating both above-average earnings growth and above-average ROE. In both cases, at least some of this is due to management’s willingness to run the business more aggressively – management basically tries to grow the business as fast as it can with combined ratios of 96% or lower while many other insurers target low-90%s ratios. On the ROE side, Progressive does have a better expense structure than many rivals (helped by its sizable direct distribution business), but it’s also willing to run with more leverage (a higher ratio of net written premiums to stat surplus).

I do still see opportunities for profitable growth. There are still share growth opportunities in auto and opportunities to drive the mix of direct policies even higher. I also see growth opportunities in commercial auto, though it remains to be seen whether that growth will be dilutive to returns. Homeowners is a bigger question mark to me – given trends in cat losses and climate change, this may be a tougher business for participants without exceptional modeling capabilities.

Valuing Progressive is tricky. Long-term core earnings modeling has the advantage of feeling rigorous, but the reality is that predicting industry conditions, interest rates, and so on five years out, let alone 10 years out, involves a lot of guesswork. So, while I do think that Progressive is basically fairly valued on long-term core earnings growth of 8%, I won’t be surprised if the years beyond 2025 look different than I’m currently modeling.

Ratio/multiple-based valuation (P/E, P/BV, et al.) is certainly simpler, and there’s less risk of trying to predict the distant future, but then you have to deal with the fact that Progressive has long traded at premium valuations and figure out what’s a “fair” premium. Progressive trades at around 4x book value excluding mark-to-market losses, which is on the high end of the 3x-4x range the shares have traded in since 2017. But in terms of its premium to Allstate or the broader P&C space, it’s more or less in the middle of its range since 2017 (a 200% to 350% premium).

I think Progressive is likely fairly valued but still priced at a level that should generate a long-term total return in the high-single digits to low double digits. That’s not a bad prospective return, and I do think the auto insurance market is likely to improve from here. All told, I’m ambivalent on Progressive – I don’t think the stock is overlooked or substantially undervalued, but it also still looks like a reasonable hold for more long-term-oriented investors.